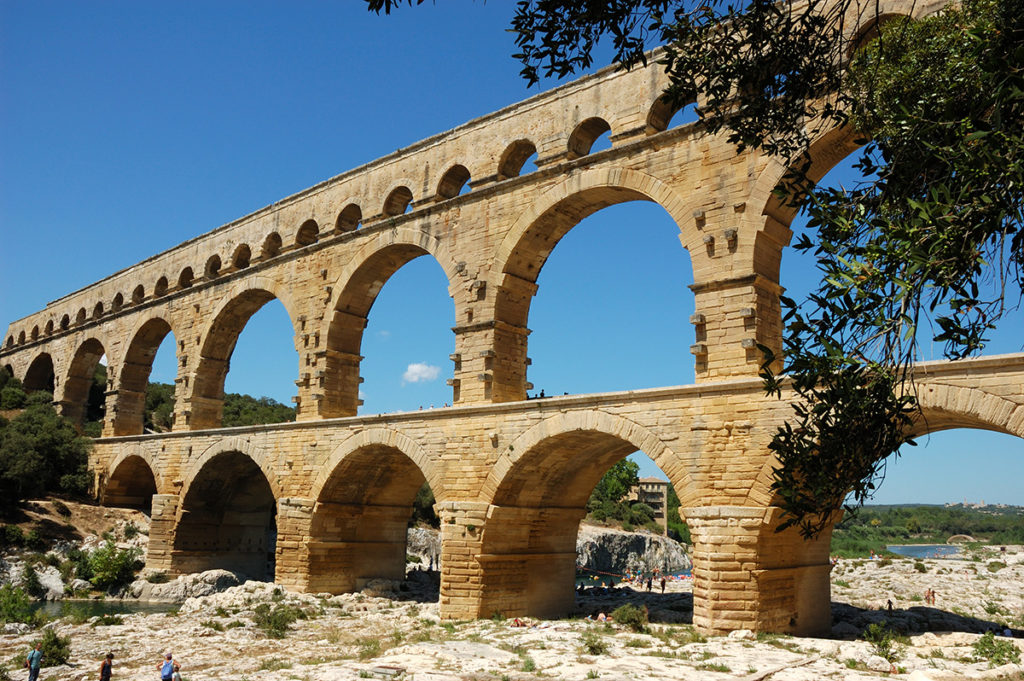 Over thousands of years, we’ve seen a remarkable evolution in plumbing. The plumbing systems we take for granted today have come a long way, several millennia, in fact, to get to what we know as modern-day plumbing. As we walk you through this history you’ll see how far we’ve come, and, there’s no telling what the future may bring!

4000 BC – 1500 BC
The earliest discovery we could find dates back to between 4000 to 3000 BC, in which copper water pipes were discovered by archaeologists in palace ruins in India in the Indus River Valley.1 Around 2500 BC the Egyptians developed copper water pipes that were used in elaborate bathrooms inside pyramids. They also used intricate irrigation and sewage systems.1 In 1500 BC, the people of Crete created elaborate sewage disposal systems, including early flush toilets.

AD 52
During the Roman Empire, roughly 220 miles of water channels, aqueducts, and pipes delivered water to homes, public wells and baths2 using lead and bronze piping systems to improve sanitation. Faucets are used for the first time. The Romans had some of the most advanced ancient plumbing systems. Unfortunately, after the fall of the Roman Empire, sanitary systems were absent for many years.

1596
The next big milestone occurs when the godson of Queen Elizabeth, Sir John Harrington, designs the very first flushing toilet.2 It, however, does not catch on due to the lack of sewage lines.

1810
In the 19th Century attitudes towards bathing and hygiene were changing and people began to associate bathing with cleanliness and health. This is when the English Regency shower was invented. “Water is pumped through a nozzle and onto the occupant’s shoulders before being collected and pumped back into the overhead basin to be used again and again, and again.”2  Not necessarily clean by today’s standards, but not many years prior to this people considered a monthly bath more than adequate.

1829 – 1833
We start to see more plumbing innovations introduced into the United States during this period. The first is in 1829 when the Tremont Hotel in Boston opens the first hotel with indoor plumbing. In 1830 the first public water main was installed under the streets of New York after several fires demonstrated the necessity for easily accessible water. And in 1833 the White House got running water on the first floor. It wasn’t until 20 years later when President Franklin Pierce takes office that the second floor gets running water too.2

1840 – 1845
Drainage piping systems start being installed into buildings to convey sewage away from buildings in order and suitably dispose of waste.1

1870s
Water heaters were invented for private homes and small buildings. Circulation pipes were installed between the water-heating unit and the hot water storage tanks to ensure pressurized hot water would be available in volume.2  The Venting Theory was proved in 1874 and still plays largely in today’s modern plumbing systems. This theory involves connecting a vent pipe to a drain at the tap outlet to control air pressure. The air vent prevents sewer gases from entering your home while allowing wastewater gas and odor to escape.

1891
We’ve finally made it to the famous Thomas Crapper, who patented a valve-and-siphon design, and the modern toilet is born.2

1900 – 1932
The water closet, or what we call the flushing toilet, was invented during this time.  During this time “the U.S. Patent Office received applications for 350 different water closet designs, including those of Charles Neff and Robert Frame.”1 Both of these men were the first to produce a “siphoning water closet” which would become the standard in the U.S.1

We’ve certainly come a long way from the first simple plumbing systems of ancient times. Today there are touchless faucets, tankless, on-demand water heaters, and even smart water management leak detection. Who knows what the next big innovation might be? One hundred years from now our ancestors will probably think today’s systems are old-fashioned.

If you live in the Orlando area, call Michael’s Plumbing for all of your plumbing needs at (407) 219-9772. We can help you discover the “next big thing” in plumbing for your home.